An unexpected, and hitherto unnoticed, recovery of the population of a rare but valuable mussel species in the Black Sea has surprised scientists. It was established during a survey with a different focus on the Bulgarian coast last year. This is clear from a publication by a team from the Institute of Oceanology at the BAS in Acta Zoologica Bulgarica – an international journal published by the Institute for Biodiversity and Ecosystem Research.

Flexopecten glaber, the Smooth Scallop is a Mediterranean species that colonized the Black Sea about 5-7 thousand years ago, after the restoration of its connection with the Mediterranean Sea and the formation of the Bosphorus. In the middle of the last century, however, it disappeared and has not been seen in our waters since the 1960s. Its discovery now happens by chance.

“We were doing a study on the invasive species Rapana venosa, the veined rapa whelk or Asian rapa whelk we know, which was assigned to us by the national marine monitoring last year. And doing bottom trawling for the Asian rapa whelk and different types of clams – its main food, we came across specimens of this species as well.” , Prof. Dr. Valentina Todorova from IO-BAS told “Trud”.

In our country, the clam has never been mined and does not have a widely known Bulgarian name, as it was rare in the past, but it is known by its Russian name “grebeshok” (mussel-comb). Along the coast of Russia and Ukraine, it was more widespread and the object of economic mining. In more recent times, they began to call it “shellca” because of its resemblance to the logo of the famous Dutch fuel company.

The remarkable return of this species is explained by the recovery of the Black Sea from eutrophication (which is associated with the so-called bloom of the sea), the reduced predation pressure due to the declining population of veined rapa whelk and the general warming of the sea, experts note.

Eutrophication is a process of accumulation of chemical substances, based on nitrogen and phosphorus, involved in the mineral nutrition of plants, which leads to the abundant development of certain types of algae, accumulation of biomass in the water and a harmful decrease in the amount of dissolved oxygen (hypoxia).

“Everything comes from the rivers that flow into the Black Sea. When the concentrations of these compounds decreased in the late 1990s, so did the blooms. From there, oxygen conditions in the bottom waters improved. As the blooms die, they settle to the bottom, begin to rot and deplete oxygen. Prior to the 1980s, there were quite a few hypoxic events on the northwest shelf and mass mortality of benthic invertebrates and fish that I observed. Dead fish floated on the beaches, crabs sought salvation and came ashore. Accordingly, the clams that are attached to the bottom are assumed to have also suffered similar mortality,” said Assoc. Dr. Valentina Todorova.

According to her, the causes of eutrophication are anthropogenic (caused by human activity), and the reduction of this phenomenon in the last decade of the 20th century is well documented. “This is mainly the result of European directives and targeted measures for water purification. The drop in production in industry and agriculture during this period is also important. These compounds come mainly from fertilizers and organic waste from the animal husbandry,” explained the oceanologist.

The second factor favoring the development of mussels is the warming of the Black Sea: “In the last 14 years until 2019, according to a publication by our famous physicist Emil Stanev, there was a peak period of winters. And since the scallop is a heat-loving species, my assumption is that this coincides with the period of its recovery. In 2021, we find 7-year-old specimens”. At the moment, the process of Mediterraneanization (from the Mediterranean Sea) is being observed of the Black Sea flora and fauna. New Mediterranean species are coming in that are more heat-loving. To what extent this is related to the global warming and is supported by scientific facts, is a subject of speculation, specified the scientist from IO-BAS.

The third factor is the decline of the veined rapa whelk population. When it appears, the predatory sea snail has no rival and is at the top of the food chain. “Initially, it had a rich food base – all types of mussels. But it has developed so exponentially that it has exhausted its own food resource. At the moment, very small veined rapa whelk are found en masse – 2-3 centimeters long, while 30-40 years ago there were shells over 20 centimeters in size. In addition, it began to be caught industrially, which also led to its decrease. On the one hand, the veined rapa whelk is valuable as a resource, but on the other hand, it cannot enter into an ecological balance in the conditions of the Black Sea with the rest organisms. Therefore, from an ecological point of view, it is unfavorable and it is better not to have it, says Associate Professor Valentina Todorova. The method of extracting it with beam-trawl also creates a problem, which also destroys mussel populations, she added.

Scientists cannot give a definite answer to the question of whether there is a potential for the commercial production of Flexopecten glaber in our water area. “First, the total stock must be studied and then the exploitation stock, which is defined based on the size upon reaching sexual maturity. I do not think that the economic catch is promising, since the population will be depleted very quickly,” Assoc. Todorova. According to her, from an economic point of view, the clam is suitable for aquaculture. The technology was developed in the Adriatic Sea. It is very easy to collect wild young individuals, which are then placed on installations and reared under more favorable nutritional conditions and protected from predators. Like the black clam.

A Flexopecten glaber is a valuable and expensive species. It would be of interest for export, and as a more exotic proposition for the Bulgarian market. It is a delicacy, similar to the large “Saint Jacques” clam, which is harvested in the Atlantic Ocean and is a popular traditional culinary delight.

Additional studies of the population are currently not planned. This depends on the availability of funding, but the Bulgarian scientists are ready. “Invitations under the Marine and Fisheries programme or under the Environment operational program should be studied. Such a study is not foreseen in the national monitoring, but it can be done concurrently with other studies, for example, for veined rapa whelks. If they appear interested parties – in the face of both the state and business, who want to finance such research, we would do so with great desire, because the species is really very interesting”, assures Associate Professor Valentina Todorova. 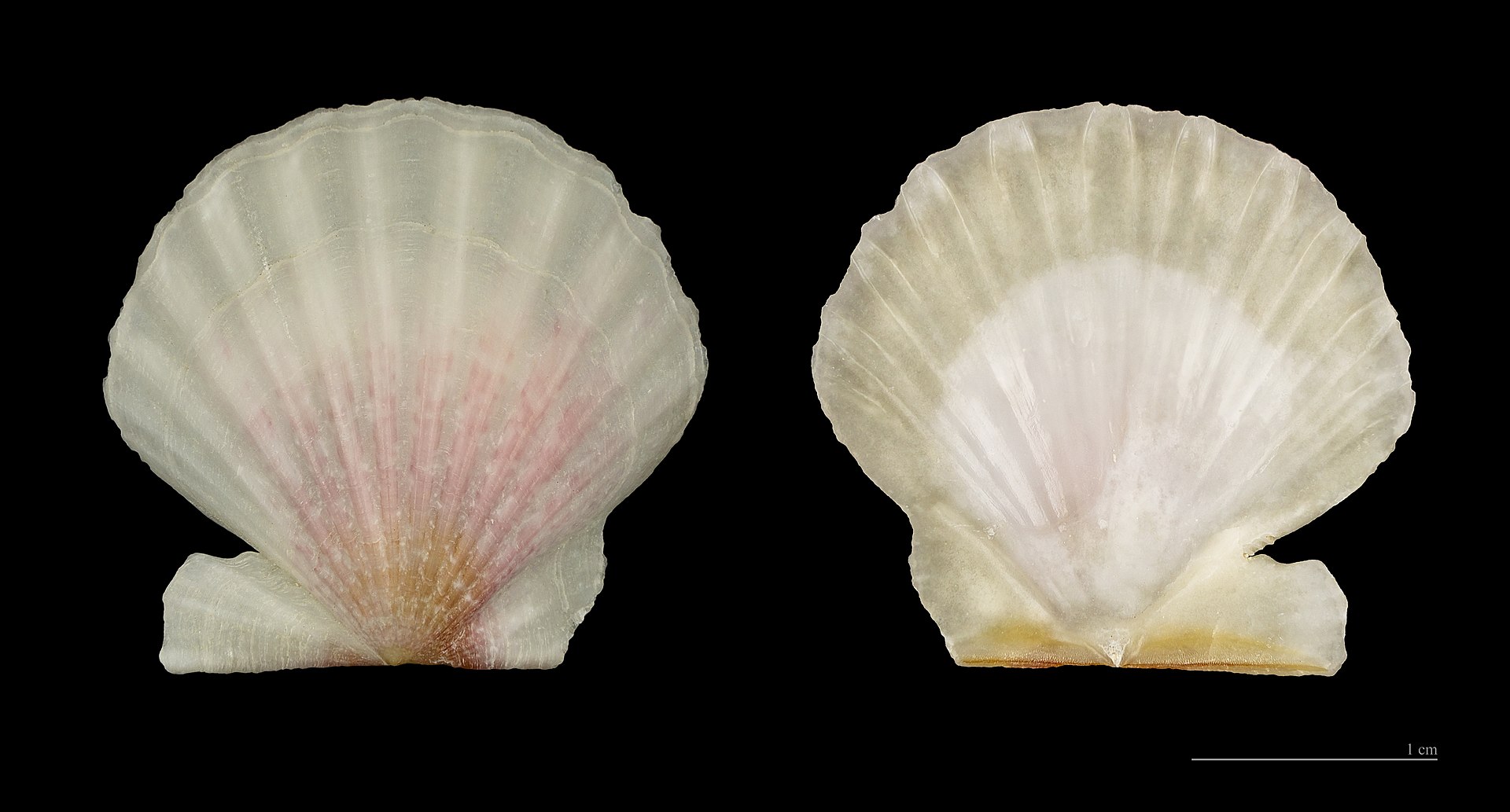