October is considered the best time for big pike fishing. Especially if the weather is cloudy, foggy and light rain. Then the toothy predator is active and quite hungry. He tries to eat for the last time before the winter cold, when the food decreases tremendously.

Pike is one of the most ferocious predatory fish in our reservoirs. She is known for her greed. It is said to be able to swallow prey weighing up to half of its own. In addition, this species is a pronounced cannibal. It is no coincidence that one of the best lures for fishing is an imitation of a growing pike.

The predator inhabits mainly the swampy fixed reservoirs overgrown with vegetation. In recent years, however, its population has multiplied successfully in many of our largest dams. It is found in lower reaches of rivers.

Trophy pike are caught by several basic methods. The most common is spinning with artificial lures. Suitable lures for this type of fish are numbered 4-5, and in certain cases the pike attacks smaller baits. The range of choice is very large – rotating lures, wobblers, shallow wobblers and more.

Although less commonly used, the Draskovic system works wonders. It resembles spinning fishing, except that a dead fish is used as bait, which is pulled with oscillating movements (twitching).

The other widely used method is the cork. The signaling device can be both stationary and mobile. The hook is double or triple, but must be tied with a special steel lead or one made of fluorocarbon. The pike has extremely razor-sharp teeth and if we fish with ordinary monofilament, it will break it instantly. In the deeper reservoirs we can look for the predator with bottom mounting, leaving the leash movable.

We must be equipped with a cochlea and pliers to disconnect the hook. In no case do not mix in the mouth of the fish with your bare hands, because the jaw, strewn with sharp teeth, bites to blood. It is this highly predatory nature that makes pike such a desirable and emotional object of fishing in the late autumn months. 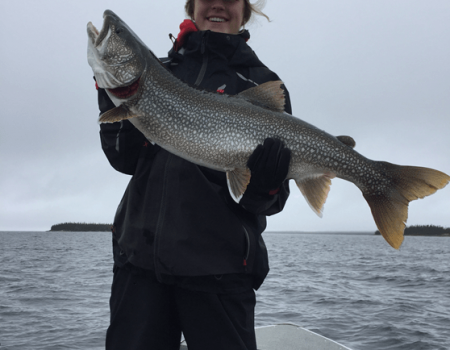