Начало » 740,000 KM of Fishing Line and 14 Billion Hooks: We Reveal Just How Much Fishing Gear Is Lost at Sea Each Year
Previous Next

Two per cent of all fishing gear used worldwide ends up polluting the oceans, our new research finds. To put that into perspective, the amount of longline fishing gear littering the ocean each year can circle the Earth more than 18 times.

We interviewed 450 fishers from seven of the world’s biggest fishing countries including Peru, Indonesia, Morocco and the United States, to find out just how much gear enters the global ocean. We found at current loss rates, in 65 years there would be enough fishing nets littering the sea to cover the entire planet.

This lost fishing equipment, known as ghost gear, can cause heavy social, economic and environmental damage. Hundreds of thousands of animals are estimated to die each year from unintentional capture in fishing nets. Derelict nets can continue to fish indiscriminately for decades.

Our research findings help highlight where to focus efforts to stem the tide of fishing pollution. It can also help inform fisheries management and policy interventions from local to global scales. 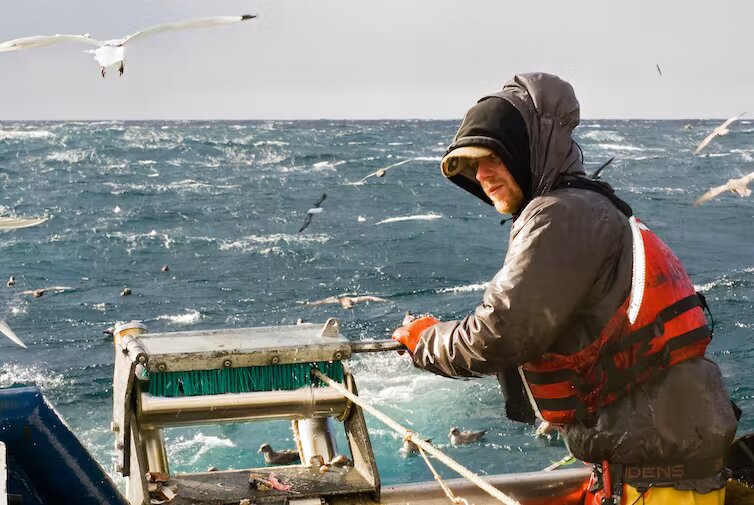 The data we collected came directly from fishers themselves. They experience this issue firsthand and are best poised to inform our understanding of fishing gear losses.

We asked how much fishing gear they used and lost annually, and what gear and vessel characteristics could be making the problem worse. This included vessel and gear size, whether the gear contacts the seafloor, and the total amount of gear used by the vessel.

We coupled these surveys with information on global fishing effort data from commercial fisheries.

In addition, fishers lose over 25 million pots and traps and nearly 14 billion longline hooks each year.
These estimates cover only commercial fisheries, and don’t include the amount of fishing line and other gear lost by recreational fishers.

We also estimate that between 1.7% and 4.6% of all land-based plastic waste travels into the sea. This amount likely exceeds lost fishing gear.

However, fishing gear is designed to catch animals and so is generally understood as the most environmentally damaging type of plastic pollution in research to date. 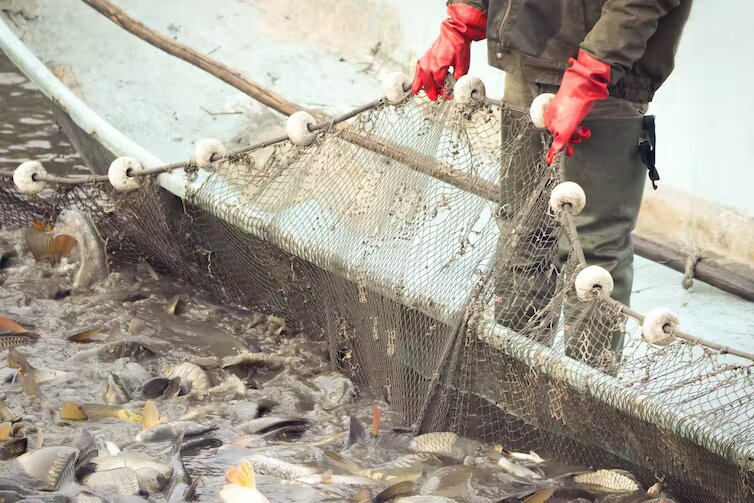 Nearly 700 species of marine life are known to interact with marine debris, many of which are near threatened. Australian and US research in 2016 found fishing gear poses the biggest entanglement threats to marine fauna such as sea turtles, marine mammals, seabirds and whales.

Other marine wildlife including sawfish, dugong, hammerhead sharks and crocodiles are also known to get entangled in fishing gear. Other key problematic items include balloons and plastic bags.

Lost fishing gear is not only an environmental risk, but it also has an economic impact for the fishers themselves. Every metre of lost net or line is a cost to the fisher – not only to replace the gear but also in its potential catch.

Additionally, many fisheries have already gone through significant reforms to reduce their environmental impact and improve the sustainability of their operations.
Some losses are attributable to how gear is operated. For instance, bottom trawl nets – which can get caught on reefs – are lost more often that nets that don’t make contact with the sea floor.

The conditions of the ocean can also make a significant difference. For example, fishers commonly reported that bad weather and overcrowding contributes to gear losses. Conflicts between gears coming into contact can also result in gear losses, such as when towed nets cross drifting longlines or gillnets.

Where fish are depleted, fishers must expend more effort, operate in worse conditions or locations, and are more likely to come in contact with others’ gear. All these features increase losses.

What do we do about it? 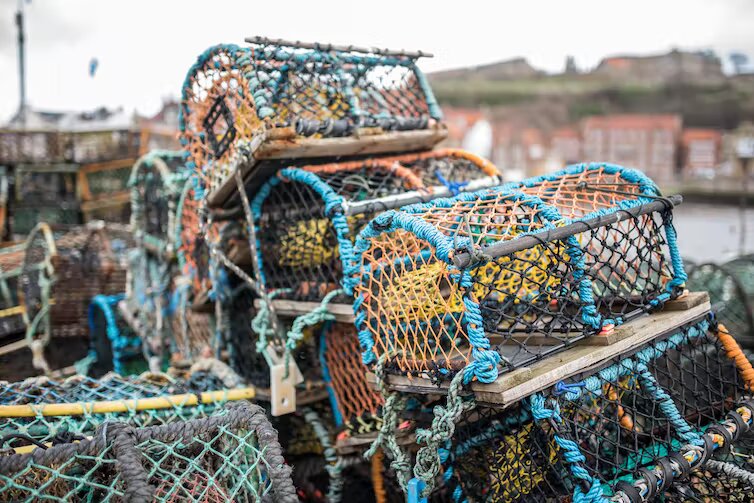 We actually found lower levels of fishing gear losses in our current study than in a previous review of the historical literature on the topic. Technological improvements, such as better weather forecasts and improved marking and tracking of fishing gear may be reducing loss rates.

Technological improvements and management interventions could also make a difference, such as requirements to mark and track gear, as well as regular gear maintenance and repairs.

Developing effective fishing management systems can improve food security, leave us with a healthier environment, and create more profitable businesses for the fishers who operate in it.